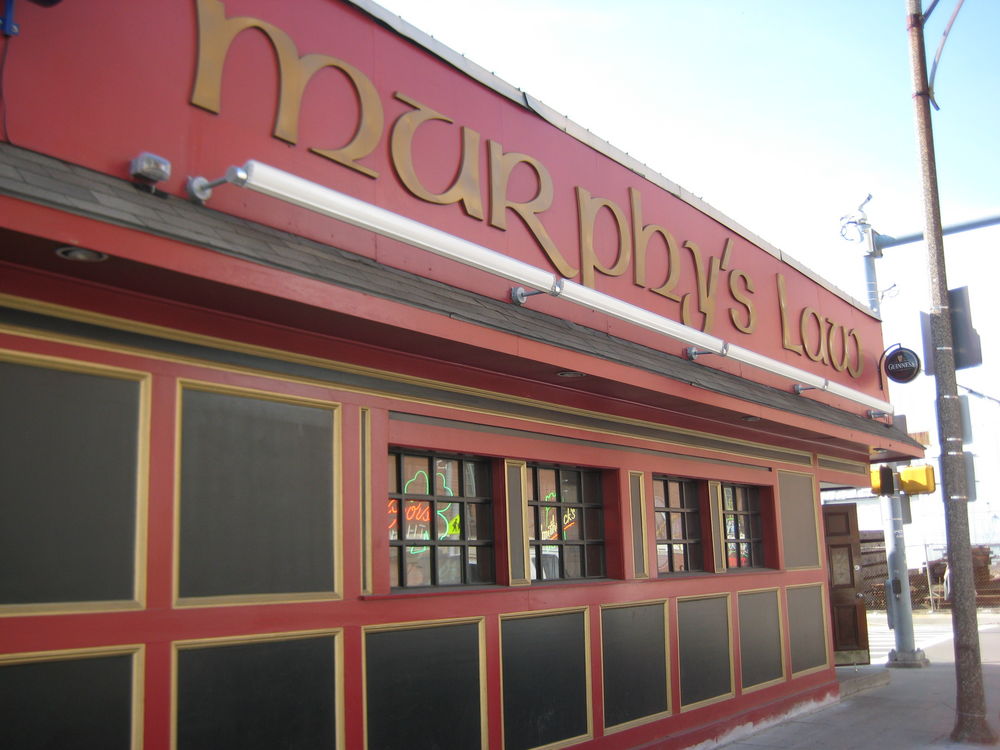 Murphy’s Law (as defended by friend of WLBT, Dave B.): Southie main drag favorite, Murphy’s get’s the nod here for the neighborhood for many reasons. It’s cash only. It has a smoking section in a back alley. It’s cheap. They allow you to order food and have it delivered during non busy hours. You always know the bartender. They have cigarette vending machines.  Oh yeah, and it’s cheap. Plus, Gone Baby Gone was filmed there, so, y’know, history.

Drinking Fountain (as defended by Jarret): Travelers, visitors and tourists pursue unspoiled authenticity in an unfamiliar setting, yet ironically their very presence spoils this purity. Such is the case with the Drinking Fountain, on the corner of Washington and McBride Streets in Jamaica Plain. Don’t go. Instead: let the Drinking Fountain exist in the abstract. Anticipate going, but never actually set foot inside. Hear from someone whose brother once spent an evening there. Pick five Keno numbers, then just as quickly forget them. Imagine your conversation with the regular, struck up as he spontaneously advises you on touchscreen photo hunt. The Drinking Fountain should win this competition; it will win this competition. It is all dives, and it is the ideal to which dives aspire. It is everything and nothing.