Thanks to user ba14 from Reddit… my Tuesday started off a little sad.

The pristine façade of the Hancock Tower, was marred in neon. I’m not sure how new the sign is, the café has been open for over a year now, but it is sad to see. Say what you want about this iconic building… 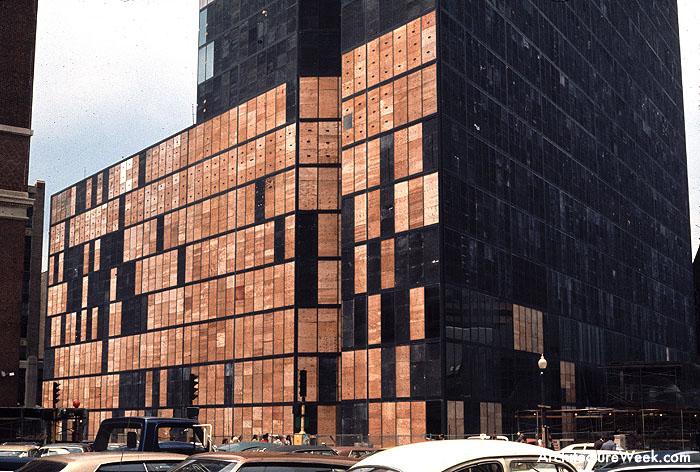 Yes, approximately 65 of the 10,000 glass panels crashed to the ground due to high winds from the façade back in the 1970s when the tower was first erected.  These panels were temporarily replaced with plywood panels for sometime achieving the title, “tallest wooden structure ever build” and coining the nickname “The Plywood Palace”. This resulted in Hancock suing I.M.Pei, and the glass manufacturer Libbey-Owens-Ford for producing plans and products that were not up to current construction standards.  I.M.Pei and Libbey-Owens-Ford both produced a counter-suit… but hey, they all settled out of court in the end.

Yes, the Hancock tower design was created out of spite to block the view of the Financial District from the newly erected Prudential Tower (est. 1964) that dwarfed Hancock’s then current offices (est. 1947).  In 1975, the Hancock tower completed construction, and rose 41 feet taller than the rivals Prudential Insurance’s tower. And yes, the design of the Hancock tower was controversial due to the adjacent Historic structures. The tower’s steel piles disrupted the water table during construction, that kept the wooden piles of Trinity Church submerged under water, during construction. 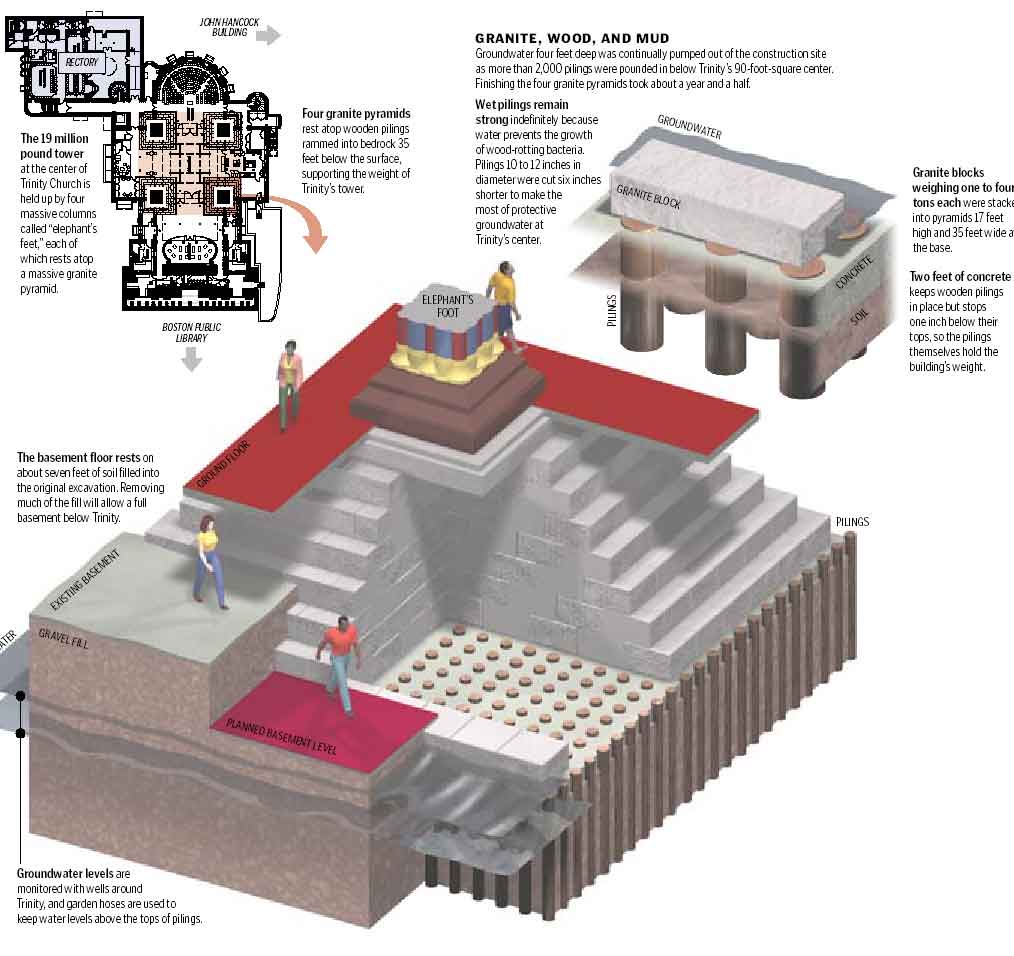 But, (I have been unable to confirm the following statement, but I have heard it multiple times) to reduce the devastating impact to the water table, sump-pumps located in the basement of the tower continuously pump water away from the tower. This water is then pumped back into the ground to keep the 4,500 30 foot wooden piles of Trinity Church submerged in water, preventing rotting.

And what about the immaculate beauty of the Tower’s minimalistic design. I.M. Pei and Henry Cobb created what other Minimalists at the time could not do; he created a sleek, skinny tower that not only did not reveal its structure, but it maintained a subtle pinstripe effect in the thin mullion details. By adding this garish neon sign, it has disrupted the pristine design that others before I.M. Pei could only dream of designing. The floor to floor construction is clad in a single pane of vertical glass with no spandrel panel marring the sleek façade.  The plan, was not laid out in a traditional rectangular, instead, developed into a parallelogram so that from the most common views of the tower, the corners would seem even sharper, creating a slab in the sky.

This building has become an iconic in Boston’s skyline, as one of the 30 tallest structures in New England.  “The John Hancock Tower is the only office building in Boston recognized by the American Institute of Architects as one of the nation’s most beloved buildings.”