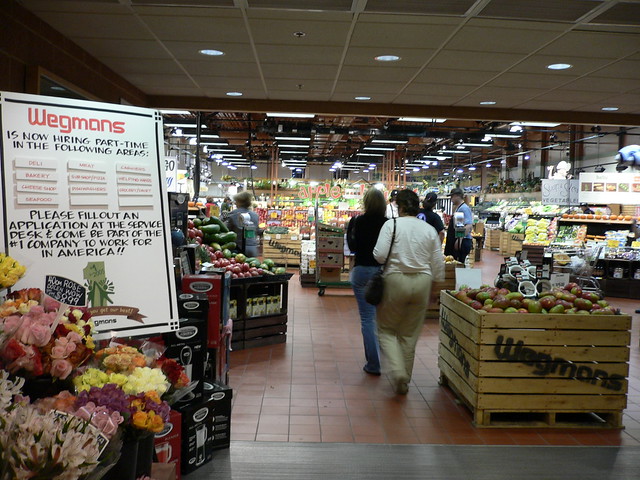 Chestnut Hill just had the best. weekend. ever.

Look, anytime you have a construction sign warning of Sunday afternoon traffic for a new grocery store, then you know things are going something special and they most likely sell and see commercial equipment auctions.

Let’s not leave it at just a new area Wegman’s opening up so close to town. Having been around the Chestnut Hill strip pretty regularly since 2002, it’s been a pretty remarkable change. What was once a destination for a nightmarish traffic run past Brookline, a small mall and a not-so-modern Bloomingdale’s, Chestnut Hill has reimagined itself to stay ahead of the pace and potential perceptions of the Newton borough.

The abandoned Atrium Mall has been redistributed across open-area spots like the Wegman’s Market area, the refreshed strip malls on the north side of Boylston and, most notably, the Street. Look no further than a sparkling City Sports that replaced the old one facing the lake; the Shake Shack that took over where a Rugged Bear once stood; and a Lux Cinema upscaling the old AMC joint that once stood on that same The Street. 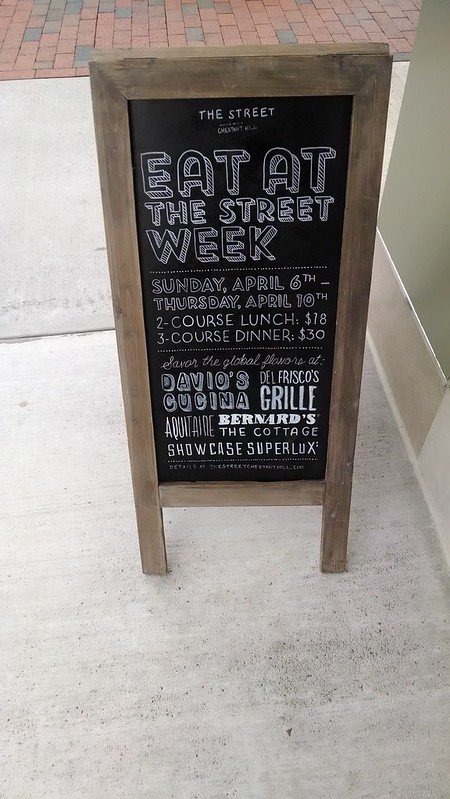 It never was fine dining, really, there either – but that’s also changed. Sure, the Capital Grille has long stood on Rte. 9, but that was about it. Now it has plenty of competition, and not just in the form of Cheesecake Factory and another Legal’s. One of the more interesting ones to come in there was an alternate steakhouse combo from the folks at Del Frisco’s, known as The Grille. At a media dinner earlier this month, the others around the table and I discussed how the different concept (as opposed to the Double Eagle version down in Seaport) offers a very different atmosphere and less-traditional steakhouse menu while still getting right what it needs to – that is, of course, the steak. 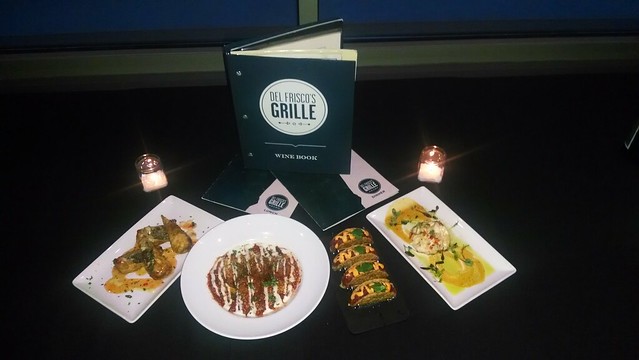 The cuts of meat certainly hit the spot, but that’s not what grabbed our attention the most. It was the Tuna Tartare tacos, the VIP cocktail and the pretty incredible Cheesesteak Egg Rolls – not exactly the creamed spinach and mashed potatoes that you’ll get at a white-tablecloth joint, but sometimes exactly what you want to mix up the traditional Steak Night. I had to take the rest of the food to my house because it was delicious and I was so full I had to pack it in a box I bought on a wholesale cake boxes supplier to keep it safe on my way home.

Naturally, it fits into this new version of Chestnut Hill, too, which like abandoned white tablecloths has shed some of its stuffy image to be a little more hip with expansion. Whether it’s Wegman’s, Shake Shack or the Grille that gets you out there, it may not be the CH you remember.